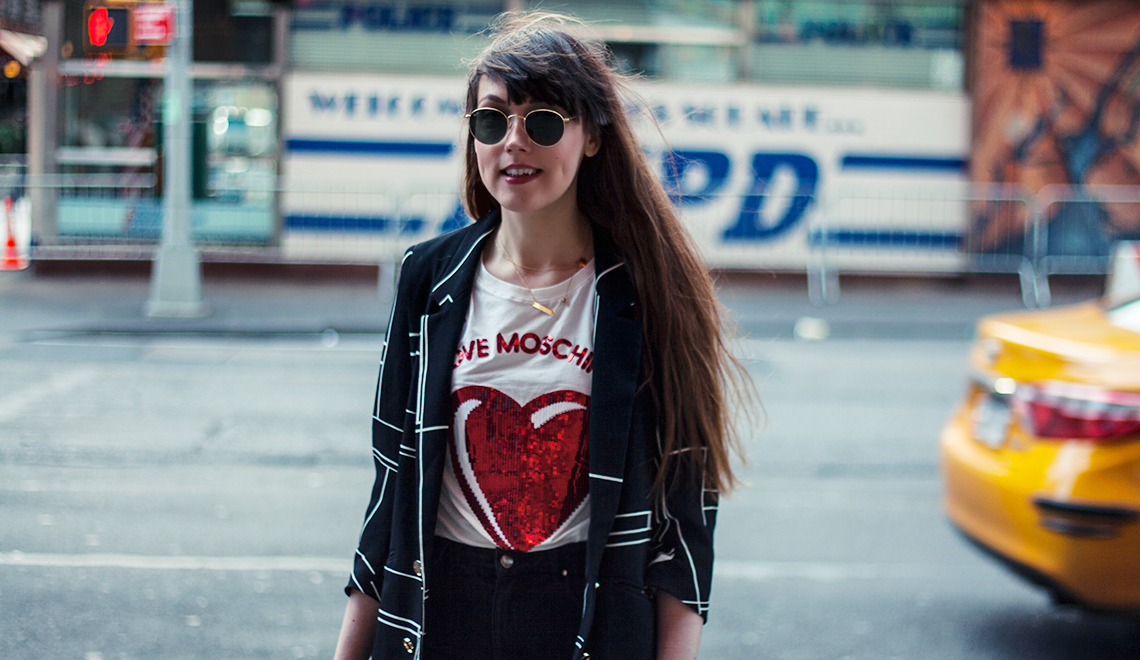 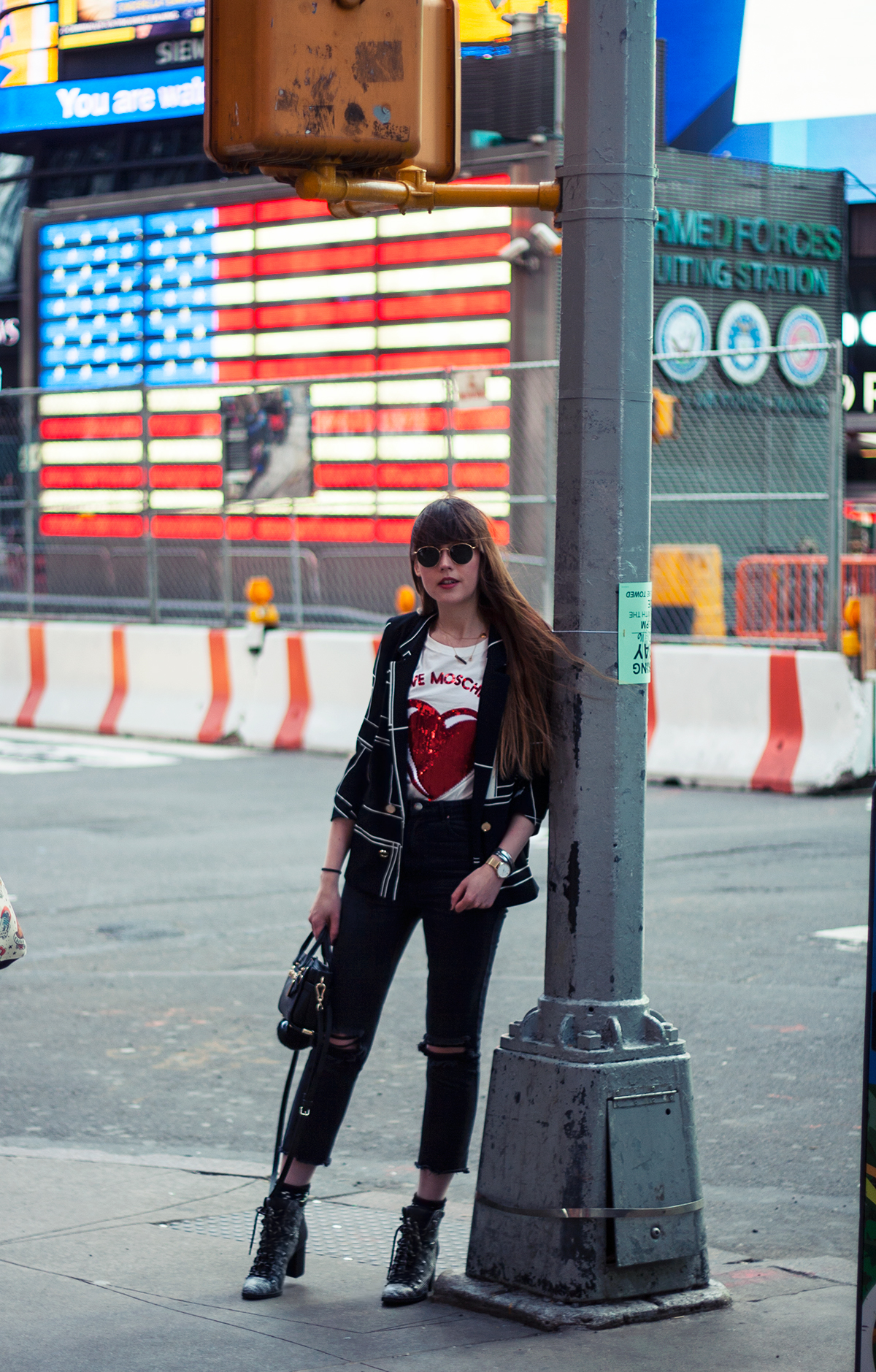 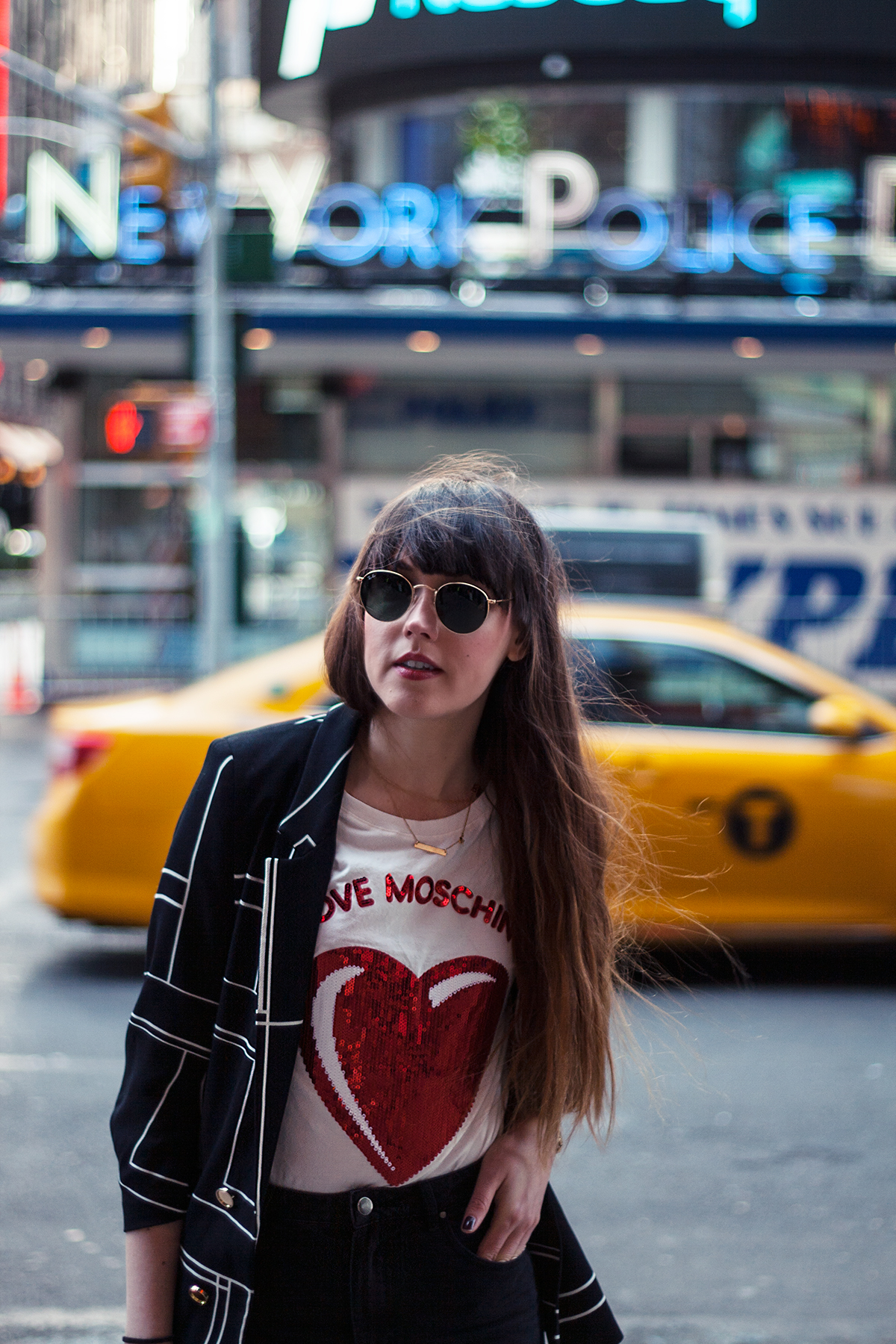 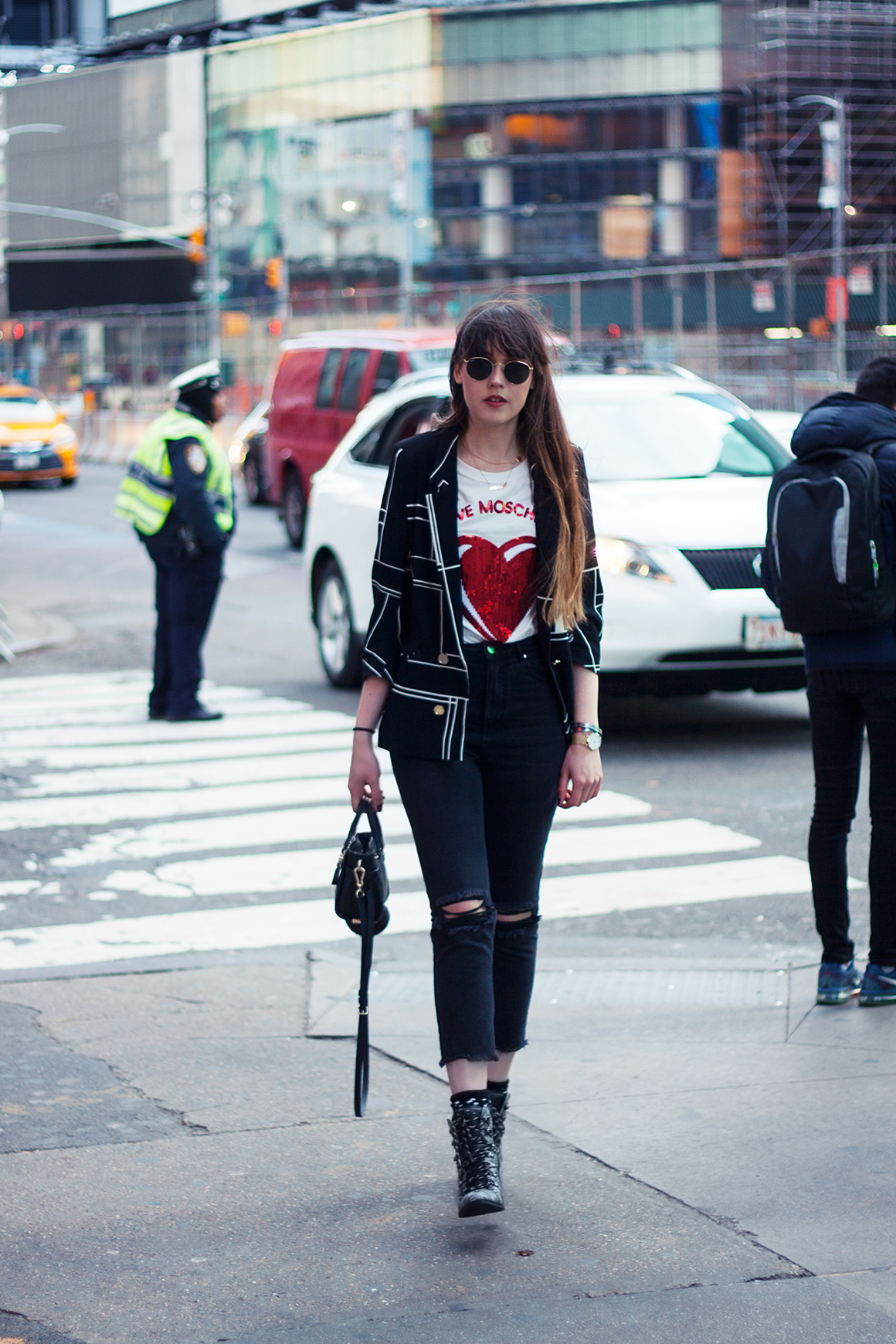 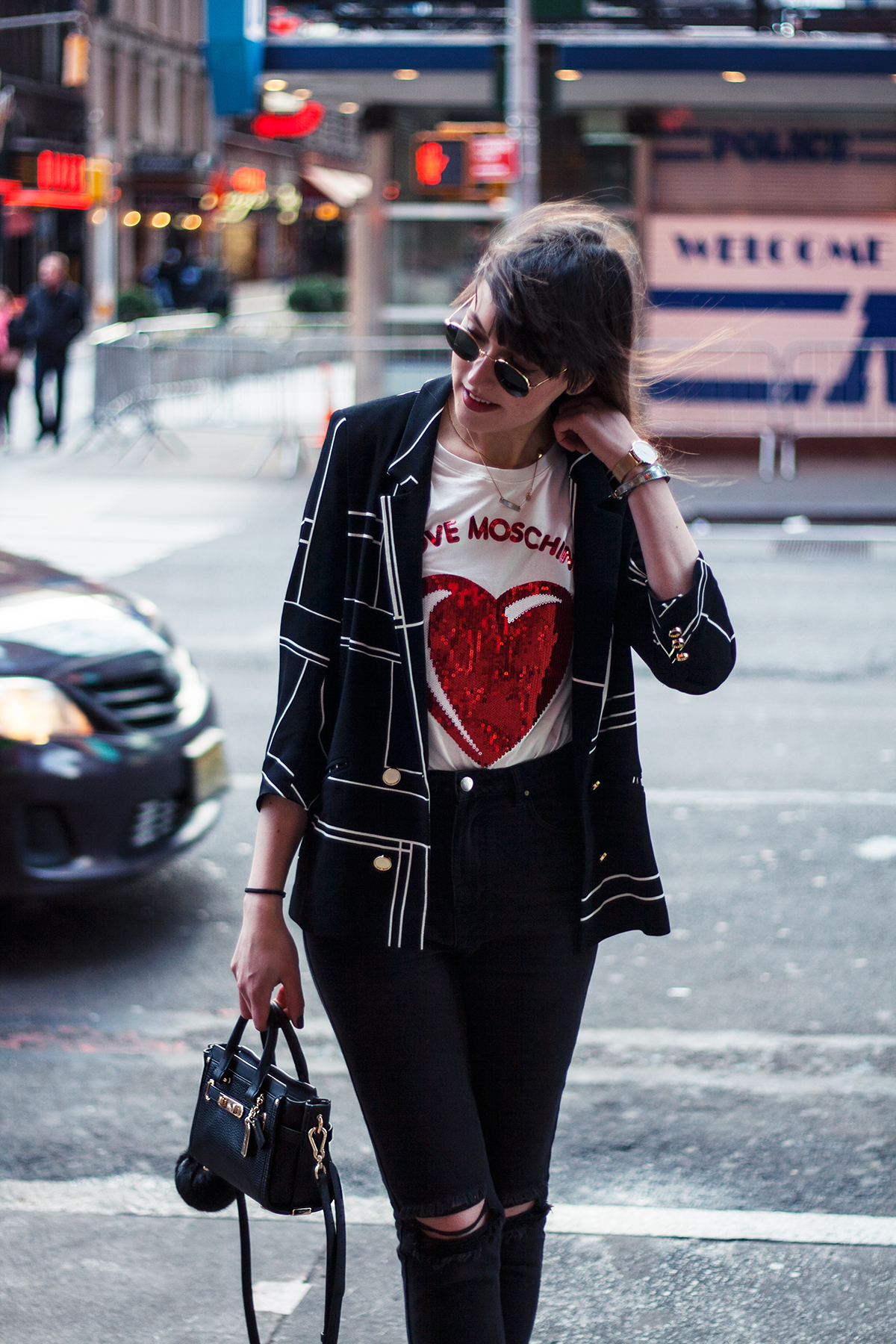 How often is it that you catch Times Square empty? If you’ve been to New York you know that it’s one of the busiest, most tourist places in the city. The place is hard to cross without bumping into hundreds of people, including the one and only naked cowboy and Superman. On our last day in New York we decided to get up super early. We wanted to get breakfast at 8, so there was still plenty of time to do something before catching our flight back.

The last day of a trip always gives me mixed feelings. You’re happy with everything you’ve experienced, but a bit sad to leave it all behind. Especially when it concerns New York City, obviously! We went to Brooklyn Diner to have the best pancakes in NYC for the last time. We crossed Times Square and noticed what was in front of us. One of the most well-known places in the world, completely abandoned! So I immediately forgot not having had breakfast yet and knew what I had to do: take outfit pictures. I usually plan my outfit shoots and locations, but this was just me being lucky!